Cherry Run Elementary School opened on August 29, 1983. Our first principal was Elaine H. Smith. Cherry Run was originally built as an “open classroom” school with three large classroom spaces called pods. Like spokes on a wheel, the pods surrounded the library at the center of our building. Entrance ramps led down from the circular hallway around the library into each of the pods.

According to Principal Smith, it was “nip and tuck” getting Cherry Run ready for opening day. Construction crews were still laying carpet the weekend before teachers arrived, but aside from a few finishing touches the building was ready when students arrived. Take a moment to look through the slideshow below to learn more about the construction of our school and to read about its dedication. 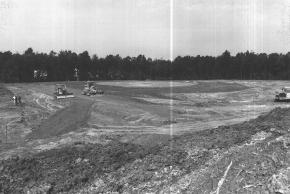 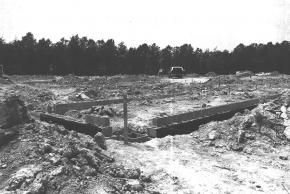 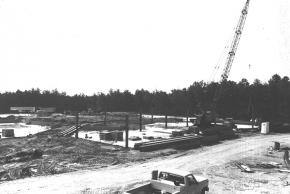 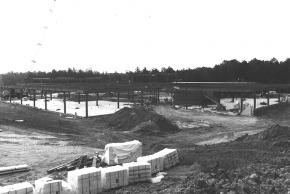 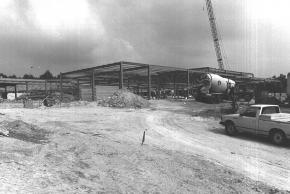 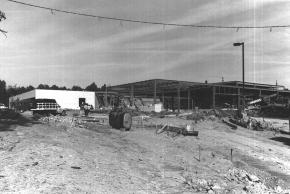 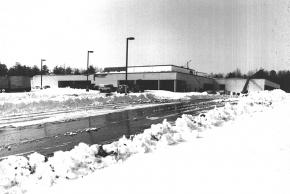 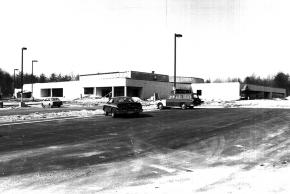 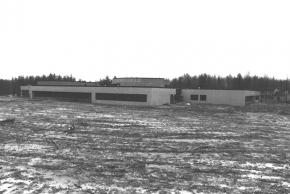 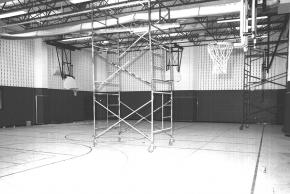 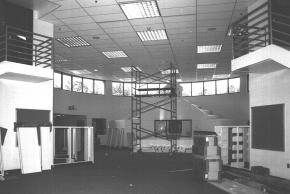 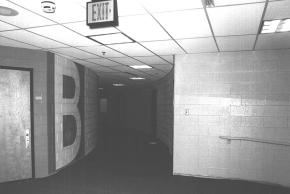 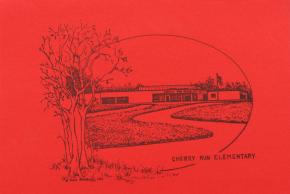 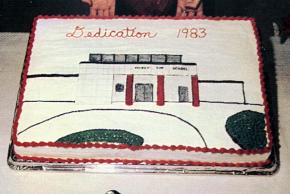 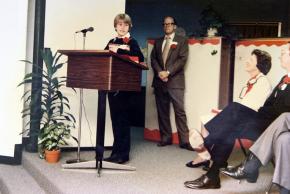 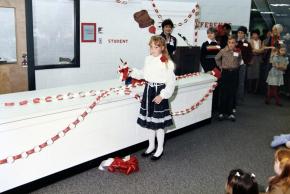 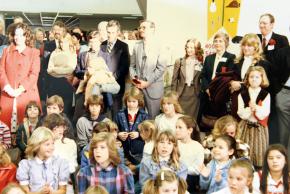 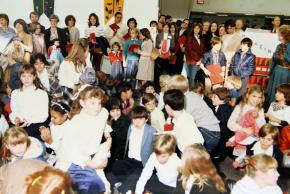 What’s in a Name?

Did you know that students chose the name of our school? According to our first principal, when the time came to give Cherry Run Elementary School a name the community was asked for suggestions. 44 names were put forward by community members and the majority of students liked the name Cherry Run. This top pick was put forward to the Fairfax County School Board for consideration and, in March 1983, the School Board officially named our school Cherry Run.

Learn about the origin of our school's name in this video produced for Fairfax County Public Schools’ cable television channel Red Apple 21.

We didn’t have weekly Art classes. A parent or staff member would come in maybe once a month and do a craft with us. Music was in the trailers in the third grade and being a child with tubes in my ears, the sound of recorders in a trailer was very painful. But our music teacher who nicknamed herself The Refrigerator (after the football player of the time) was so animated and lively that she made singing and dancing feel like a party. The gym looked similar to how it is now. Towards the end of class the gym teacher, Mr. Underwood, would sometimes play Ghost in the Graveyard—a game brought over from Burke school—where we would all lie still on the ground and see who could stay still the longest. Now as a teacher I think he probably needed us to calm down before heading back to class, but as a kid it was treat to play that game!
~ Melanie Rodas, Art Teacher and Former Student

Ms. Rodas also recounted that students were allowed to vote on a school mascot. Students wanted to be the Cherry Run Cheetahs, but Cherry Run Cardinals was chosen instead, as she recalls being told, because cheetahs sounded too similar to “cheaters.” Cardinals was a fitting choice because these beautiful red birds nest in the woods near our school and are a common sight in the area.

Every student has one – one of those special days during the school year that leaves an indelible impression on the memory.

Jennifer Dixon, our physical education teacher, came to Cherry Run in 1985 as a kindergartener and remained at our school through the sixth grade. Her favorite day was Field Day. She says Field Day was run like a mini Olympic Games. The entire student body lined the field in the morning and two students ran with torches around the field as the students and staff cheered them on to start the “games.”

They would give out ribbons for first, second and third place for the different events. Some of the events included a sack race, Frisbee throw, and the pursuit relay. The pursuit relay was a group of the four fastest students from each class to run the race. We also had a tug of war with a big rope!
~ Jennifer Dixon, P.E. Teacher and Former Student

The Making of Mayberry

Within a few short years of opening, enrollment at Cherry Run swelled to more than 1,200 students, necessitating the use of a modular classroom addition and six Parko trailers.  The overcrowding eased with the opening of Sangster Elementary School in September 1988.

Like today, many of the students enrolled at Cherry Run over the years have come from military-connected families. Other families put down roots in the area, and now we are educating the children of former Cherry Run students.

A teacher in the building who everybody really loved was Mrs. Patchan. She was my sister’s fun and enthusiastic kindergarten teacher. Every day before and after school you would see her former students line up outside her door to stop by and give her hugs. When I came back to CRES as a teacher 30 years later, Mrs. Patchan was my daughter’s teacher. She was still just as loved.
~Melanie Rodas, Art Teacher

Our fourth principal, Steve Gossin, likened Cherry Run to Mayberry, the fictional small town from the Andy Griffith television series of the 1960s. There is a strong sense of community and family at Cherry Run that dates back to our earliest days. The Parent Teacher Association (PTA) has always been very supportive and invested in our school. Former principal Elaine Smith recounted that one of her fondest memories of Cherry Run was the strong community spirit that formed during our first year and how smoothly the relationships between teachers and families came together. Instructional Assistant Regina Galie said:

I officially came to Cherry Run in 1992 but my son started at Cherry in 1987. Just a few years after the school opened.  I have lived in the neighborhood since 1987 and I absolutely adore my community and its members. There are many wonderful things about Cherry Run that I remember but what stands out the most is the dedicated staff and sense of family that I have felt for all these years!
~ Regina Galie, Instructional Assistant

In the fall of 2001, a new playground was dedicated much to the delight of students. 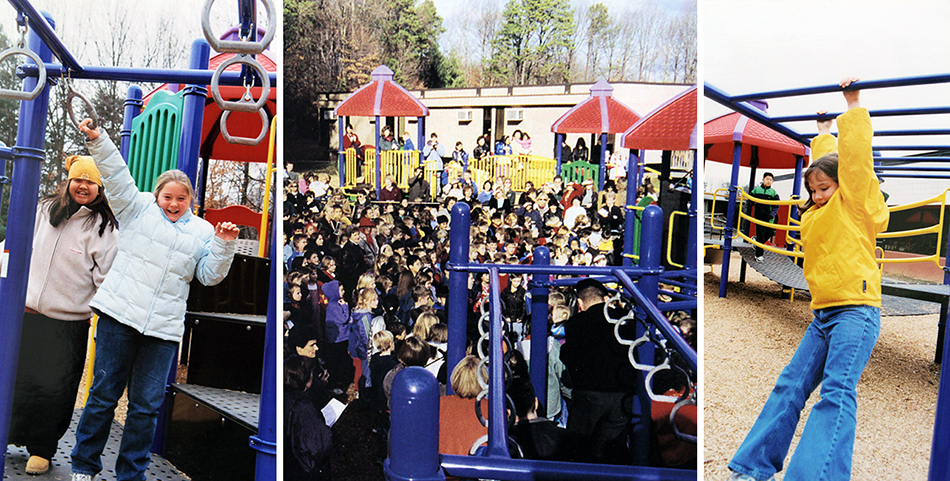 From 2002 to 2012, student enrollment slowly declined from to approximately 560 to 480 pupils. In June 2014, Cherry Run students, staff, and families celebrated our school’s 30th anniversary. After a performance by the band, 30 students were each handed a balloon. The balloons were numbered 1983 to 2013, and students took turns reading facts about our school’s history.

In the spring of 2016, Cherry Run’s long-awaited renovation got underway. The building underwent significant changes at this time; 23,000 square feet of new classroom and office space was added and all existing spaces were renovated and modernized.

The old Cherry Run sign pictured below was created by Robert Daski, Jr. as an Eagle Scout project.

Cherry Run Elementary School’s library is named in honor of Margaret Linscott, a former educational secretary at our school. Ms. Linscott was a warm and caring individual who met the needs of students, staff members, and parents on a daily basis. She made all visitors to our school feel welcome. Students, staff members, and the community lobbied the School Board to name our library after Ms. Linscott in recognition of her dedication and devotion to Cherry Run. 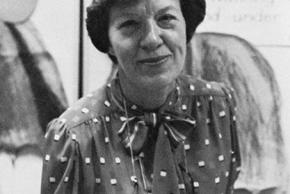 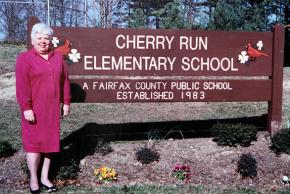 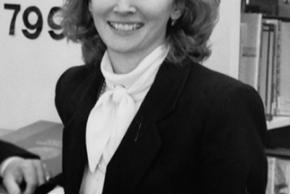 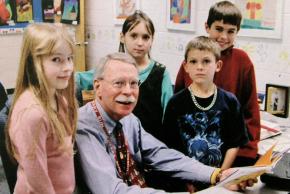 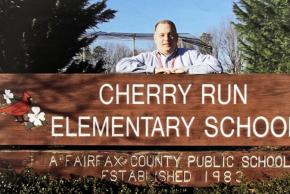